(Hempothecary has recently moved to a new Montville location. New location listed in the picture below) 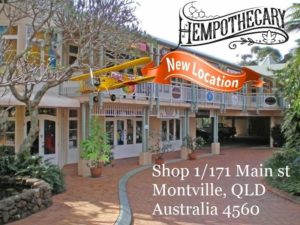 Please note there are a number of Internet links in this article. If you do not have access to the Internet but would like to read the articles, please inform the staﬀ at Cansurvive and they can print out the articles for you. It would take up far too much room to have them all within this article.

FACT: The botanical name for Hemp is Cannabis Sativa L.

The US Pharmacopoeia admitted marijuana as a recognized medicine in 1850 under the name Extractum Cannabis or Extract of Hemp, and listed it until 1942. Fluid extracts were marketed by The Smith Brothers, Parke Davis, Squibb, Lilly, Burroughs Welcome, and other leading drug manufacturers.

There is a lot of talk about the current changing laws regarding medicinal Cannabis within Australia. Each state has implemented their own laws and they are evolving and changing even as this article goes to print. Here are the links with information regarding Medical Cannabis access via the Australian Government and your local health professionals.

Please check your local state laws regularly to keep up to date with the changes put in place for patient access to medical Cannabis:

Scientiﬁc research has shown the Cannabis plant most eﬀective in a transdermal application and mucosal administration. Trans-dermal Cannabis Patches are currently being studied at the Sunshine Coast University, Queensland. More information on the research can be found here: http://www.usc.edu.au/explore/usc‐news‐exchange/news‐archive/2016/november/new‐cannabis‐trial‐to‐help‐osteoarthrivs‐patient

Cancer patients have been treating themselves within Australia, albeit not always legally, for many years along with other various natural cancer treatments (other than Cannabis) found at: http://www.cancertutor.com/ Many people have also found beneﬁt using medical Cannabis with cancer treating herbs and plants such as the Australian Gumbi Gumbi plant. You may read more at: http://www.herballegacy.com/cancer.html 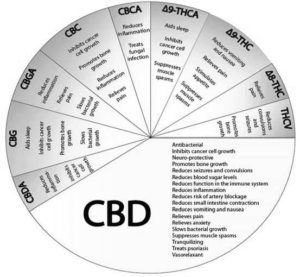 How does Cannabis cause  apoptosis of cancer cells? Cannabinoids, the active components of Cannabis sativa (marijuana), and their derivatives produce a wide spectrum of central and peripheral eﬀects, some of which may have clinical application. The discovery of speciﬁc cannabinoid receptors and a family of endogenous ligands of those receptors has attracted much attention to cannabinoids in recent years.

One of the most exciting and promising areas of current cannabinoid research is the ability of these compounds to control the cell survival/death decision. Thus cannabinoids may induce proliferation, growth arrest, or apoptosis in a number of cells, including neurons, lymphocytes, and various trans- formed neural and nonneural cells. The variation in drug eﬀects may depend on experimental factors such as drug concentration, timing of drug delivery, and type of cell examined. Regarding the central nervous system, most of the experimental evidence indicates that cannabinoids may protect neurons from toxic insults such as glutamaergic overstimulation, ischemia and oxidative damage. In contrast, cannabinoids induce apoptosis of glioma cells in culture and regression of malignant gliomas in vivo. Breast and prostate cancer cells are also sensitive to cannabinoid-induced antiproliferation.

Regarding the immune system, low doses of cannabinoids may enhance cell proliferation, whereas high doses of cannabinoids usually induce growth arrest or apoptosis. The neuroprotective eﬀect of cannabinoids may have potential clinical relevance for the treatment of neurodegenerative disorders such as multiple sclerosis, Parkinson’s disease, and ischemia/stroke, whereas their growth-inhibiting action on transformed cells might be useful for the management of malignant brain tumors. Ongoing investigation is in search for cannabinoid-based therapeutic strategy devoid of nondesired psychotropic eﬀects. – Department of Biochemistry and Molecular Biology I, School of Biology, Complutense University, Madrid, Spain. 2001.

Our product Cannopathy is a complimentary therapy which was was born from the long held knowledge of a 4th generation hemp farmer (still living at 106 years of age) from the Baltic region. This information was passed down to the current generation and most recently reﬁned with modern scientiﬁc studies backing what the ancestors already knew. Cannopathy, although based in Phyto-Cannabinoid (plant) and Endo-Cannabinoid (within the human boy) research, is not limited to cannabis or hemp plant. Cannopathy incorporates oils, resins and plant extracts from all over the globe. Scientiﬁc research has shown the healing beneﬁts of Hemp to be anti-intiammatory, anti-proliferative, pro-apoptotic, antioxidant and much more. 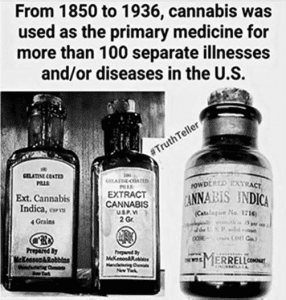 Cannopathy is a transdermal application as traditionally when we lived in nature with little use of shoes, we would absorb many of our minerals and nutrients via walking on the earth. This is why therapeutic foot spas ﬁlled with magnesium and herbs are still popular today. So you wonder how powerful the uptake is through the feet? If you rub raw chopped garlic or Eucalyptus oil on the soles of your feet, within minutes you’ll taste it in your mouth! As Cannabis is one of only two plant oils that cross the blood–brain barrier (BBB) the other is Frankincense, and we all know the amazing studies done with Frankincense and cancer treatments. Transdermal Cannabis application is effective from head to toe, inside and out!

You might be wondering what Cannopathy is, or you might want to know more about what you have already heard, but either way there is something wonderful happening here because the results and testimonials are indicating a very effective and exciting product without the ‘high’ or ‘stoned’ feeling. Cannopathy is 100% legal world wide, is not detected in drug tests such as blood, urine or road side swabs. With a selection of different blends available for the complimentary therapeutic use in animals and humans alike, and safe for children, Cannopathy is the perfect complimentary therapy for the whole family. www.cannopathy.com

People have found Cannopathy to assist the relief in pain, anxiety, sleep issues, skin cancer healing process and much more. Please feel free to read the testimonials on our web site or email us to ask further questions. Our clinic, located at 80 Howard St, Nambour is open Monday to Friday from 9am to 4pm and all consultations are free of charge.